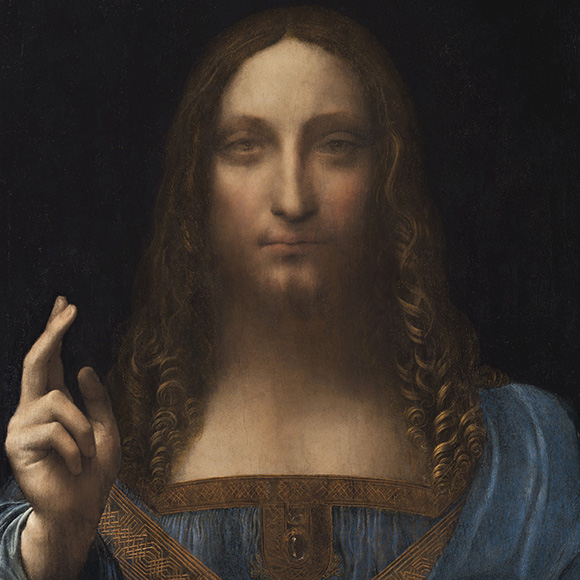 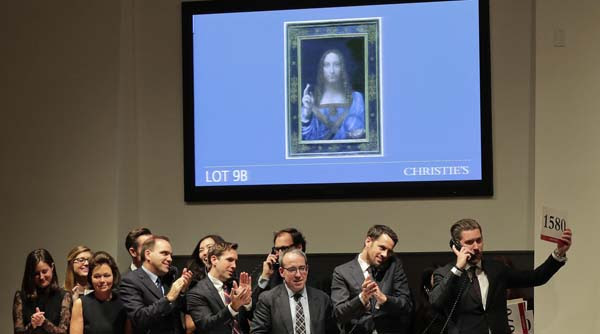 WHAT’S WRONG WITH THIS PICTURE?
Connoisseurship and the Salvator Mundi

In 1987, Christie’s, London, sold a painting attributed to Egon Schiele, Youth Kneeling Before God the Father, for £557,000 (the equivalent today of $1,968,592). Several years later, it was determined that 94% of this work was over-painted by someone other than the original artist. The buyer sued Christie’s, and I was called as an expert witness. I testified that I could not make a determination of authenticity based on the 6% of visible surface said to be by Schiele. The judge concluded that, while the over-painter might have followed an original composition by Schiele, the resulting picture was not by him. The painting was deemed a forgery, because the initials “ES” had been applied on top of the over-paint, evidencing an attempt to deceive viewers. Although Christie’s catalogue entry stated that the painting was initialed by the artist, obviously, this was not the case. The court ruled in favor of the plaintiff.

Salvator Mundi, billed as the last marketable painting by Leonardo da Vinci, was also substantially over-painted by someone other than the original artist. However, this information was fully disclosed before Christie’s New York sold the picture for a breathtaking $450.3 million on November 15. Indeed, the over-painting of Salvator Mundi was part of the PR spin. So heavily repainted that it was long attributed to one of Leonardo’s students, the work was sold for £45 in 1958, and then, at an obscure Louisiana auction, for about $10,000 in 2005. After six years of extensive restoration, the painting was anointed a genuine Leonardo and exhibited as such in 2011 at the National Gallery in London. The price quickly shot up: to $80 million in 2013, to $127.5 million in 2014, and now to $450.3 million. Salvator Mundi had become the ultimate Antiques-Roadshow-style “find.”

While the scholarly consensus behind the Leonardo attribution is relatively solid, there are still some who believe Salvator Mundi could be partly, or even entirely, by the artist’s followers. Frank Zöllner, author of the Leonardo catalogue raisonné, notes that the painting’s restoration history makes it hard to be sure. Dianne Dwyer Modestini, the conservator who cleaned the picture, has stated that, after the over-paint was removed, there was no pigment left in some places. Other areas were “as thin as watercolor.” “Many of the original glazes,” she wrote, “have perished.” Modestini had the unenviable task of decoding the artist’s intentions and determining to what degree, if any, to fill in the missing bits. After the Christie’s sale, Thomas Campbell, the former Director of the Metropolitan Museum of Art, quipped that, “Inch for inch, conservator Dianne Modestini must be among the most highly-valued living artists in the world!” Even if the painting originally was by Leonardo, observed the Guardian, it had been “cleaned and repainted so often” that “not many of the brushstrokes can be his.” Salvator Mundi is akin to those pieces of the “true cross” avidly collected in the Middle Ages, not because they were significant in their own right, but because they had allegedly touched the flesh of the real “savior of the world.”

So how did this heavily restored would-be Leonardo become the most expensive painting ever sold? Without doubt Christie’s mounted a superb marketing campaign, avoiding potential pitfalls by, for example, offering Salvator Mundi in a contemporary sale (where the price points are higher and the scrutiny lower than in the Old Master category) and downplaying the Christian motif to appeal to Middle Eastern and Asian collectors. Taking aim at the global billionaire class, Christie’s achieved a result that (in the words of the New York Times) “reflects a world in which the minute sliver of the obscenely rich see nothing untoward in parking hundreds of millions of dollars on a rare but unexceptional painting.” Indeed, the extraordinary price, in and of itself, promises to give instant cachet to Salvator Mundi’s future home, the just-opened Louvre Abu Dhabi. The purchaser was not acquiring an artwork, but a brand.

Let’s be clear: the $450.3 million price does not reflect a healthy art market. Coming amidst an auction season whose overall results were comparatively lackluster, and at a time when mid-sized art galleries are struggling to survive, the Leonardo sale illustrates the extent to which income inequality has transformed the art world. It is ludicrous to pretend that headline-grabbing prices represent the market as a whole. Not only is the potential buyer pool at this level miniscule, but it is questionable whether, after accounting for commission concessions and paying off the guarantors, these high-profile sales are especially profitable for the auction houses. Sales totals that look impressive become far less so when one realizes how few lots comprise the bulk of the gross.

The factors that can launch an artwork into the nine-figure realm defy traditional connoisseurship. Gone is the framework of quality, condition and art-historical importance that was previously used to determine relative value. Pulling works out of their original contexts (such as offering Salvator Mundi in a contemporary sale) further erodes this framework. “We’ll probably end up with ‘best of the best’ sales,” one art advisor told the . The winners will be pre-selected by auction-house personnel, not according to how the art stacks up compared to other pieces by the same or related artists, but based on a belief that the works can be successfully marketed to billionaires.

Thus while many professionals agreed with Jerry Saltz, the art critic for New York Magazine, that Salvator Mundi is “absolutely dead,” all that counted was the plausible attribution to Leonardo. We seem to have forgotten that art is not just about money, and that attribution is not merely a brand that gets slapped on a painting in order to make it saleable. How much of a painting needs to be attributable to an artist for the attribution to stick? The percentage is certainly lower for an Old Master than it is for a modern artist such as Egon Schiele. Nevertheless, regardless of how good a job Modestini did on the Leonardo, we do not—cannot—know to what extent Salvator Mundi mirrors the original intentions of its creator.

Artists like Leonardo da Vinci are considered great because they captured something transcendent about the human experience. The impact of a great work of art is inseparable from the artist’s unique touch. This is why condition defects—which partially efface the artist’s hand—matter. It is why even the most talented forger can never replicate the effect of an original. Connoisseurship, a combination of innate visual acuity and developed skill, can appear unduly subjective in an age that values quantifiable metrics over all else. But when paintings are selling in the hundreds of millions of dollars, shouldn’t connoisseurship be more important than ever?