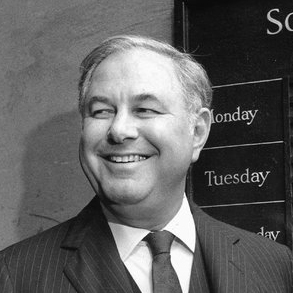 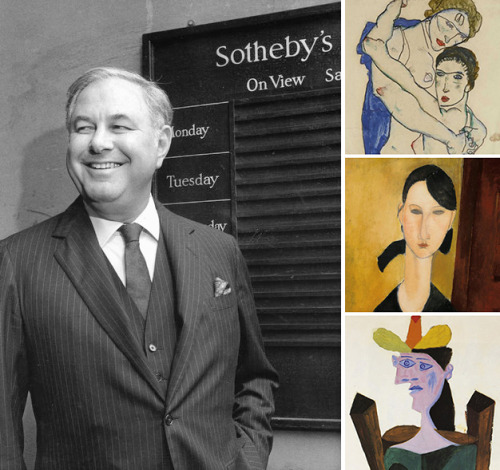 Sotheby’s auction of art from the estate of A. Alfred Taubman, to which the firm guaranteed $515 million, was characterized by some as a test of the art market. However, the sales on November 4 and 5 were less a gauge of overall market strength than a reflection of the auction environment that Taubman himself helped create.

Taubman, a shopping-mall developer who purchased Sotheby’s in 1983, pioneered the mass-marketing of fine art. His approach was later echoed by two competitors in the luxury-goods trade: François Pinault, who purchased Christie’s in 1998, and Bernard Arnault, who acquired Phillips auctioneers in 1999 (and sold it in 2003). The transformation of these auction houses, once musty redoubts frequented principally by professional dealers, into retail giants was furthered by income disparities that increasingly pushed wealth to the top of the global economic pyramid.

The growth of the international auction market inevitably fueled competition between the principal houses, Sotheby’s and Christie’s. Recognizing that they were cannibalizing one another’s business, the two firms colluded to fix commissions, a crime for which Taubman served ten months in prison in 2002. Today, the competition is more cutthroat than ever. To woo choice consignments, Sotheby’s and Christie’s drop the seller’s commission, kick back a portion of the buyer’s premium and offer guarantees, financed either by third parties or out of the firms’ own pockets.

Unmoved by Taubman’s decades with Sotheby’s, his heirs solicited a sales proposal from Christie’s as well. One may imagine that it was a point of pride for Sotheby’s to win its former chairman’s art collection. Hence the $515 million guarantee. The sales on November 4 and 5 pulled in roughly $420 million, and Sotheby’s predicts that, taking into account post-sales activity and a smattering of Taubman lots scheduled for upcoming auctions, they are on track to earn back the guarantee. Whether they will make a profit is another question. Auction houses today can sell half-a-billion dollars’ worth of art and still lose money.

The hefty guarantee undoubtedly prompted Sotheby’s to push up its presale estimates, which discouraged bidding at the high-ticket evening auction on November 4. Observers described the atmosphere as “dismal” and “lackluster.” On the other hand, because the auctioneer was not necessarily constrained by specific reserves, the guarantee gave Sotheby’s unusual latitude in accepting bids. While the evening’s sales total barely exceeded the low estimate, 90% of the lots found buyers.

Comprising chiefly material that falls within the “Impressionist and Modern” category, Taubman’s collection was remarkably diverse. The great majority of the pieces were acquired at Sotheby’s. If his Egon Schiele holdings (about which I wrote an introductory catalogue essay) are any indication, Taubman often bought at or just below the low estimates, works that might otherwise have gone unsold. In this fashion he was both boosting his company’s bottom line and potentially getting bargains. His acquisitions seem relatively random. The Schieles cover a broad array of subjects, but there are few masterpieces in the group.

Taubman’s collection touched all the bases and hit the big names. Interior photographs of his homes, reproduced not only in the catalogues but also as wallpaper in Sotheby’s elevators, stressed the collection’s function as décor and lifestyle choice. However, it is difficult to discern an aesthetic thread tying the whole together. There is little evidence of the quirky passion or carefully honed insights that have historically distinguished great collectors. Taubman, an expert in marketing luxury brands, expanded the auction business by blurring the line between collecting and shopping. The Taubman sale epitomizes the financial pressures that today burden all the major auction houses, as well as the declining significance of traditional connoisseurship.