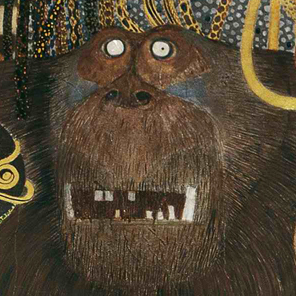 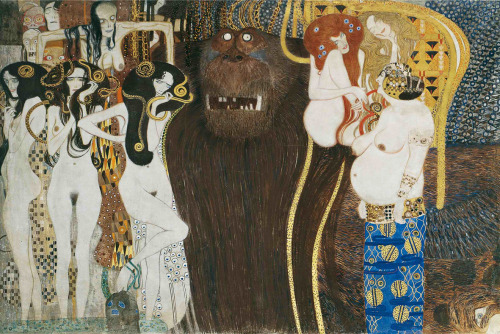 Shortly after the Nazi Anschluss in 1938, Erich Lederer, scion of one of Austria’s wealthiest families, fled for his life to Switzerland. He left behind a major art collection, the better part of which was seized by the Nazis. When World War II was over, Lederer bartered with the Austrian government for the return of his collection, “donating” some works to state museums in order to get export permits for others. Twelve of the family’s Gustav Klimt paintings had been destroyed during the war, and the Austrians would not allow Lederer to export the one that remained: the monumental Beethoven Frieze. Throughout the 1950s and ‘60s, the government systematically used the export ban to try to force Lederer to give them the Klimt. In the early 1970s, under Chancellor Bruno Kreisky, the Austrians changed tactics and began negotiating with Lederer. The work was finally purchased in 1972, for 15 million schillings (approximately $500,000). Today the Beethoven Frieze is housed in the Vienna Secession, where it is a major tourist attraction and source of income. If sold on the open market, the Frieze could fetch over $150 million.

In 1998, the Austrian parliament passed a historic resolution mandating the restitution of artworks in state collections donated by Holocaust émigrés as the result of an export ban. In 2009, this resolution was expanded to cover cases in which the owner had been financially compensated. According to the 2009 amendment, all that is required for restitution is a “close connection” between a sale and the seller’s inability to obtain an export license. In 2013, Erich Lederer’s heirs filed a claim for restitution of the Beethoven Frieze.

Austria’s 1998 and 2009 restitution resolutions are commonly referred to as “laws,” but in fact they are not laws in the usual sense of that word. Rather, Austria has established an extrajudicial procedure in which claims are reviewed by a specially appointed commission, behind closed doors, and judgments made on a “moral” basis. The two resolutions provide no guidelines or indeed possibility for compromise. Judgments are absolute: the art either stays in the museum’s collection, or it goes to the claimant(s).

On March 6, Austria’s restitution commission will meet to decide the fate of the Beethoven Frieze. Many Austrians—including prominent members of the Jewish community—have vociferously opposed restitution. They contend that restitution is not morally justified because Erich Lederer was satisfied with the sale, because the amount paid was appropriate, because Lederer’s heirs are not Jewish, because the Frieze is too fragile to transport…

But none of these factors has any relevance under the 2009 resolution. The only question is whether Erich Lederer, in making his decision to sell the Frieze to Austria in 1972, acted completely of his own free will or felt coerced by his protracted prior dealings with the government. Although these dealings are well documented, it is not possible to read the mind of a dead man. Like many recent restitution cases, the Beethoven Frieze claim hinges on interpretive nuances that are ill-suited to the sort of “all-or-nothing” solutions envisaged by the 1998 mandate. Under such circumstances, the idea of the Austrian government passing moral judgment on claims and claimants introduces an element of subjectivity that runs counter to the principles of justice.

Virtually no one wants to see the Beethoven Frieze leave Austria. The time has come for the Austrian government to abandon the rigid approach that it has followed since 1998; to sit down with the various interested parties and negotiate a compromise solution that keeps the Frieze in Austria, while addressing the injustices that were done to the Lederer family during and after World War II.