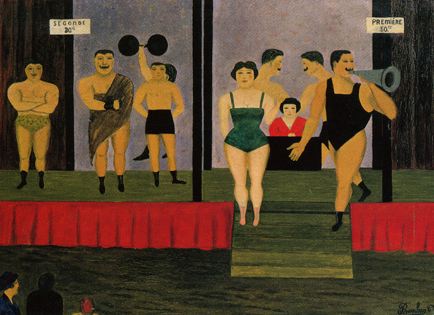 Camille Bombois was born in Venarey-les-Laumes in southern France. He left school to work on a farm at age twelve and began drawing four years later. By 1907 he had moved to Paris, where he worked odd jobs in subway construction and at a newspaper plant. By 1922, he began painting full-time, first displaying his works on sidewalks, and then through art dealers. His pictures eventually sold well enough to enable him to buy a house in the country.

Bombois was among the members of the preeminent “Sacred Heart” group, championed by the German art historian Wilhelm Uhde as successors to Henri Rousseau. Of the artists in that group, he is stylistically closest to “Le Douanier.” Bombois is especially known for his landscapes and circus scenes.