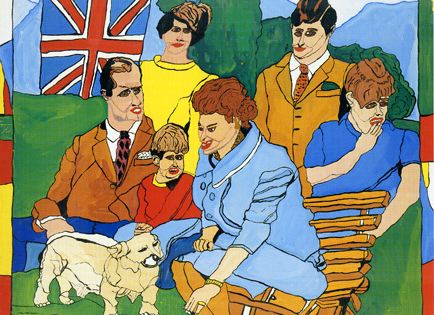 Josef Wittlich was born in Glattbach, Germany. During the 1920’s, he earned his living as an unskilled laborer and traveled for a year at a time to France, northern Germany, and Yugoslavia. After serving in the Second World War, he found work in a ceramic factory. In his free time, he followed his desire to paint, which had been latent since childhood. Among his works are huge battle scenes based on illustrations and descriptions of World War I. In 1967, the painter Fred Stelzig discovered some of Wittlich’s pictures hanging from the rafters of the ceramic factory, where he had been allowed to display them. That year, Stelzig arranged Wittlich’s first exhibition at the Württembuerrgischer Kunstverein in Stuttgart. Since then, his pictures have been shown worldwide.