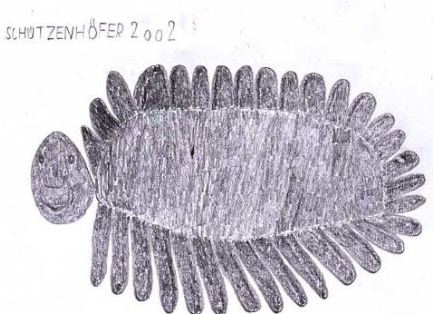 Günther Schützenhöfer is one of the so-called "Gugging" artists: a group working and living at the Haus der Künstler (House of Artists), which was established in 1981 by the psychiatrist Leo Navratil at the Lower Austrian Psychiatric Hospital in the hamlet of Gugging, outside Vienna. Many years earlier, Navratil had noticed that the art produced by certain of his patients far transcended the qualitative parameters of traditional art therapy. These artists, selected by Navratil with advice from local museum officials and artists (including the well-known painter Arnulf Rainer), began to publicly exhibit in the 1970s.

Over the years, the Haus der Künstler has been supplemented by other facilities, including a studio, lecture hall, sales gallery, gift shop and museum. Today, under the leadership of the psychiatrist and artist Johann Feilacher, this complex functions under the name Art/Brut Center Gugging. The Lower Austrian Psychiatric Hospital was closed in 2007 and replaced by the Institute of Science and Technology Austria, an international research center. Predating the recent fad for "outsider" art, the Gugging colony has exhibited throughout Europe, the United States and Japan, and is widely recognized for its pioneering integrity and quality.

Günther Schützenhöfer was invited to move to the Haus der Künstler in 1999, when his artistic talent was noticed in the small drawings he had created. Since then, he has been able to further focus on his work. His seemingly immature style depicts highly controlled and powerfully abstracted objects and figures, some nearly identifiable as animals.