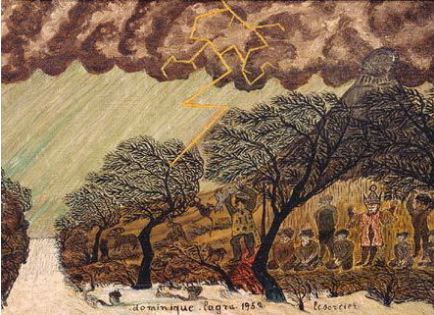 Born in Perrecy-les-Forges, France, Dominique Lagru became a shepherd at age twelve and later a coal miner. After serving in the First World War, he became involved in the labor movement. He did not begin to paint until he was seventy-six years old. Most striking are his paintings of prehistoric landscapes filled with the dinosaurs he had seen in books and at the natural history museum. In 1951, he had his first one-man show in Paris.