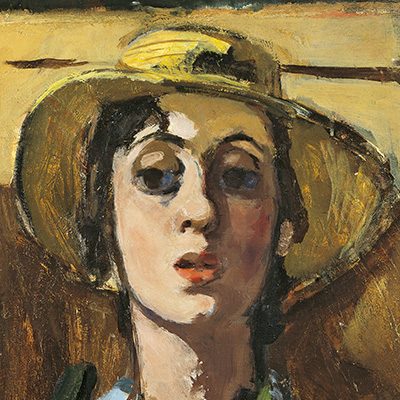 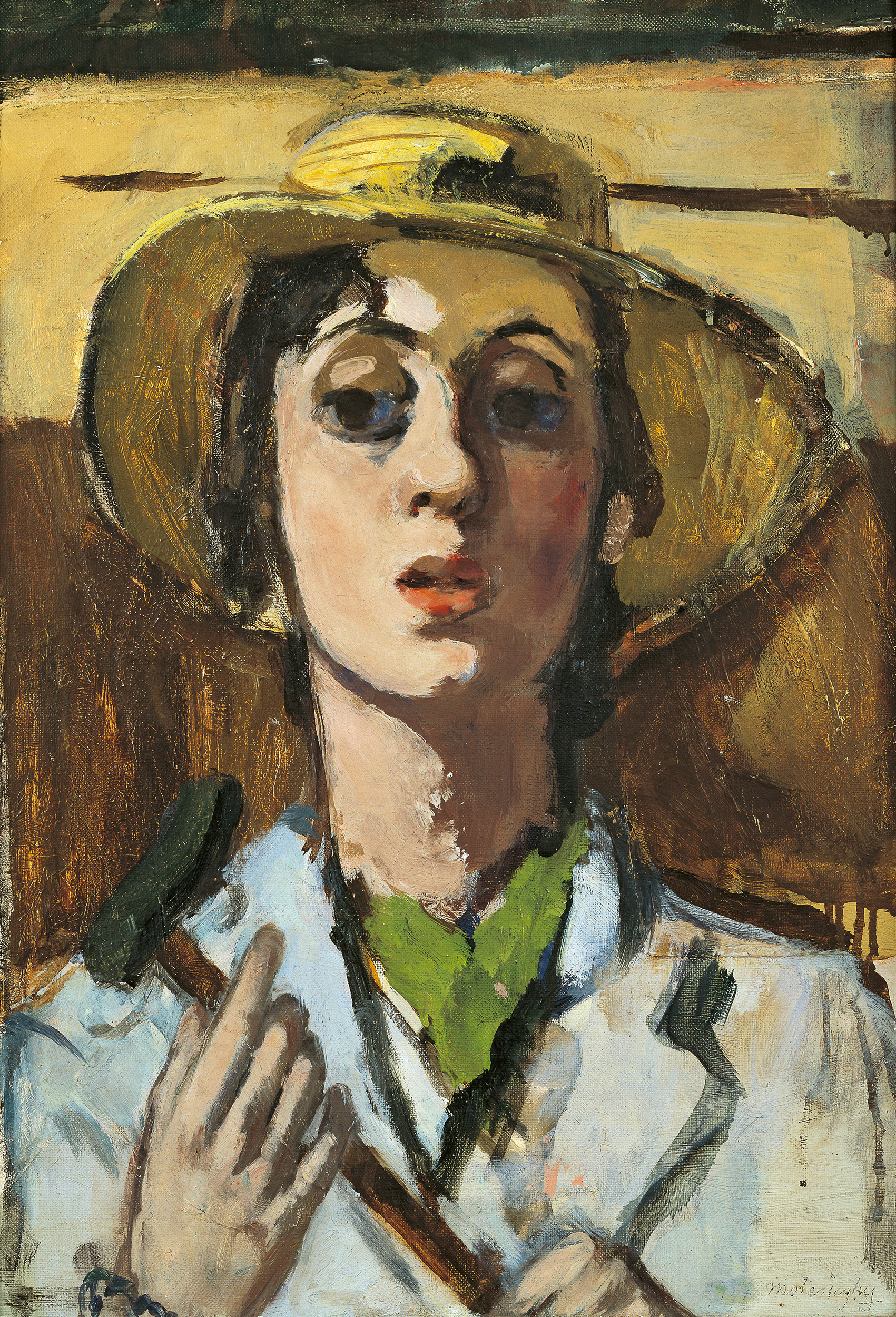 “You are a very great painter, and the world will hear of you” — Elias Canetti, letter to the artist

Born in 1906, Marie-Louise Motesiczky belonged to one of Vienna’s most prominent Jewish families. Her father, Edmund,  was the illegitimate son of a Hungarian noblewoman, and her mother, Henriette, was a member of the illustrious Todesco-Wertheimstein clan. Motesiczky was only three years old when her father died; she subsequently developed an almost suffocating lifelong bond to her mother (with whom she would live until Henriette’s death in 1978).

Motesiczky  decided to become an artist in 1922 while visiting relatives in Holland. Two years later, she traveled to Frankfurt to study at the Städelschule. There she met the painter Max Beckmann, who invited her to join his master class in 1927. Beckmann’s skewed perspectives, compressed spaces, muted palette and chunky plasticity heavily influenced Motesiczky’s early work—though her canvases were gentler, humbler, and her symbolism strictly personal. After leaving Beckmann’s class in 1928, she traveled widely and set up a studio in Berlin. Motesiczky was at once a privileged libertine, who had multiple lovers, attended wild costume parties and spent the major part of her allowance on expensive clothes, and (half in secret) a serious painter.

Nonetheless, the Motesiczkys’ world of aristocratic entitlement was slipping away. By the mid-1930s a significant portion of Henriette’s investments had been lost. After the Nazi Anschluss in March 1938, mother and daughter fled Austria, eventually settling in London. In England the Motesiczkys recreated the salon-like atmosphere of their Austrian home, reconnecting with such old acquaintances as the painter Oskar Kokoschka and the art historian Ernst Gombrich. But Marie-Louise Motesiczky’s most important contact in the émigré community was, without a doubt, the Bulgarian-born writer Elias Canetti (who would win the Nobel Prize for literature in 1981).  While Motesiczky’s relationship with Canetti was beset by many ups and downs (including the writer’s marriage to another woman), it lasted over fifty years, sustained by the couple’s fervent belief in one another’s art.

Grounded in reality but filtered through personal experience, Motesiczky’s oeuvre (which comprises nearly 350 oil paintings and numerous drawings) is intensely autobiographical. Her self-portraits are revelatory and in some respects unique within the genre. The artist was keenly aware of her sexuality and of the ways in which the female figure has traditionally been arrayed (in art and in life) to attract the male gaze. At the same time, she knew that superficial beauty is fleeting and offers flimsy protection for the vulnerable being within. A combination of diffident elegance, pride and insecurity characterizes all her self-portraits, from youth to old age. In these works, she is both object and subject.

It is generally agreed that Motesiczky’s crowning achievement is the series of portraits she did of her mother, which span the five decades from 1929 until Henriette’s death. Henriette had, already in Austria, developed the habit of luxuriating in bed for days at a time. And it is thus that Motesiczky often depicted her: reclining like a regal pasha, eyes wide with childlike wonder, tyrannical in her imposing bulk, yet nonetheless eternally innocent. As Henriette ages in these portraits, the bed is transformed from an aristocratic throne to an emblem of mortal decline. While visibly haunted by death, Henriette nonetheless retained to the last an irrepressible capacity for joy. “Despite her advanced age,” the artist recalled, “for me she looked charming. . . . I thought that if I could paint what I saw when she was in this decrepit state, without embellishment and concentrating on the genuine charm in her expression, then I would have done a great thing.”