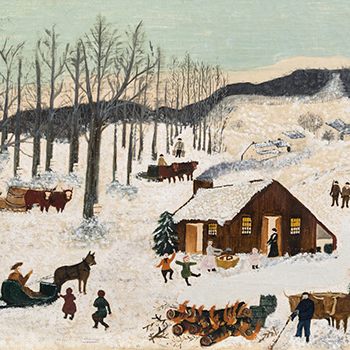 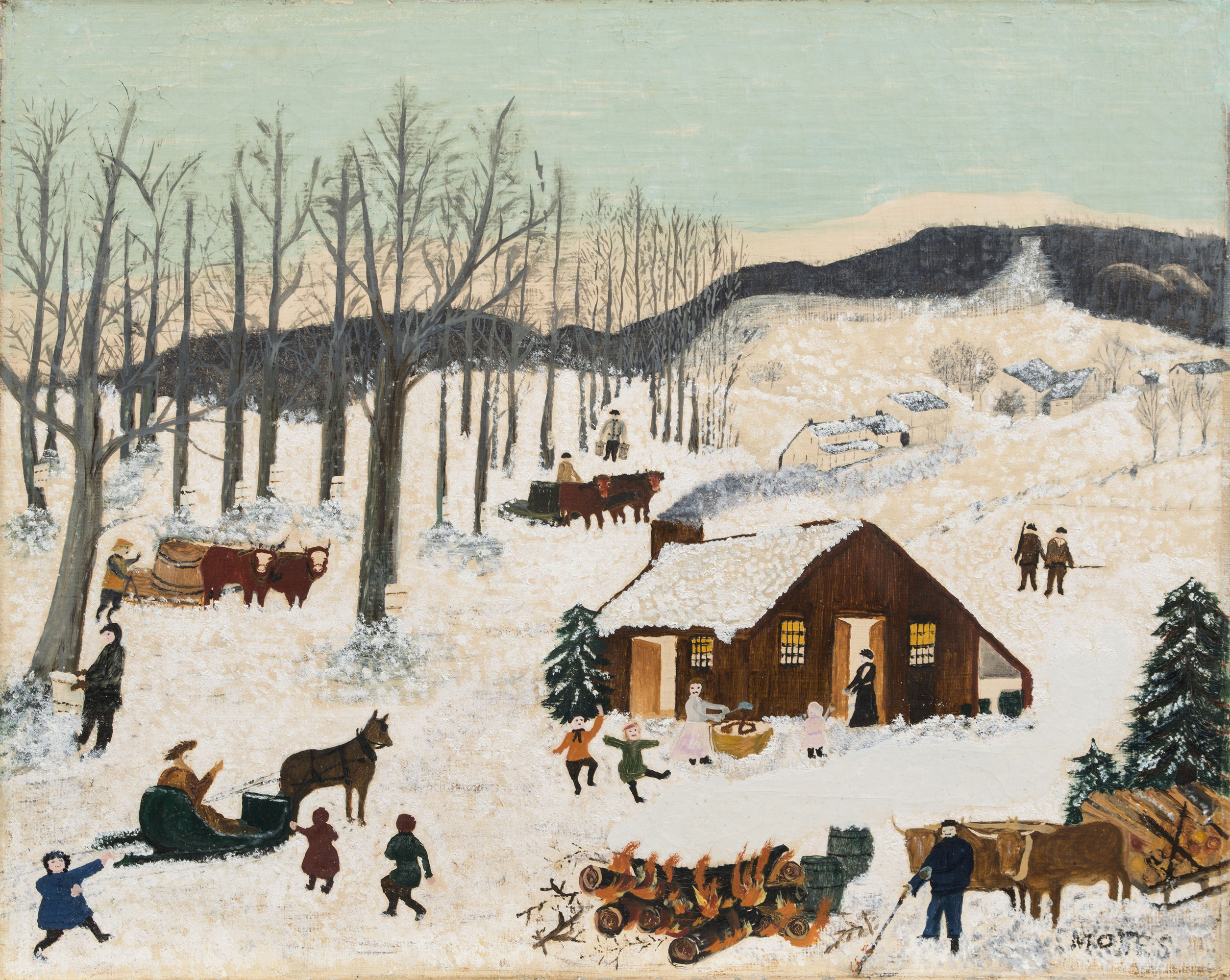 The Galerie St. Etienne, the oldest gallery in America specializing in the work of self-taught artists, marks its debut at the Winter Antiques Show with a curated exhibition focusing on Grandma Moses, John Kane and Morris Hirshfield. These three were among the first American self-taught painters to be discovered by the mainstream art world in the period between the two world wars. Their achievements legitimized the efforts of untrained painters and became paradigmatic of the genre.

St. Etienne’s installation features over a dozen major works by Grandma Moses, including two of her signature subjects, Sugaring Off and The Old Oaken Bucket, as well as a rare early embroidery, Winter Scene with House. Another highlight is John Kane’s Pittsburgh Environs, one of his few Pittsburgh paintings not in a museum. Morris Hirshfield is represented by a selection of preliminary drawings, templates that reflect the artist’s experiences in the garment industry.

“American Art in the Spotlight at Winter Antiques Show”
ArtfixDaily

“The 62nd Winter Antiques Show: Virtuoso Performances Contributed To The Symphonic Whole, Even As Snow Shut Down The City”
Antiques And The Arts Weekly