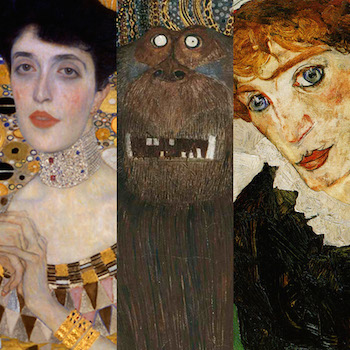 As an American of Austrian Jewish descent, and an arts professional specializing in Austrian classical modernism, I have a very personal relationship to the topic at hand. In 1923, my grandfather, Otto Kallir, founded the original Neue Galerie in Vienna, which was the principal representative of such artists as Gustav Klimt, Egon Schiele and Oskar Kokoschka before World War II. He and my family fled Austria shortly after the 1938 Anschluss, and in 1939 they made their way to New York, where my grandfather established the Galerie St. Etienne. After the war, he renewed his professional ties to the Austrian art establishment, and used these connections to help refugee collectors recover works that had been left behind, looted or otherwise misappropriated. Among the people Kallir tried to help were Alma Mahler Werfel, the heirs of the composer Johann Strauss, and Leah Bondi.

Because I wrote the first comprehensive Egon Schiele catalogue raisonné, I took a particular interest in the Bondi case. In letters to my grandfather, Leah Bondi had described how the Nazi art dealer Friedrich Welz came to her apartment shortly before she was scheduled to leave Austria and threatened her into giving him, without compensation, Schiele’s Portrait of Wally. After the war, Portrait of Wally was mistakenly restituted to a different claimant, and then sold to the Österreichische Galerie. From there the painting passed, through an exchange, to the collector Rudolf Leopold. Although both Leopold and the Director of the Österreichische Galerie were aware of Bondi’s claim, they chose to ignore it. And she, struggling to reestablish herself professionally in London, lacked the funds and the stamina to take legal action against Austria’s largest museum and most powerful private collector.

From the moment I read the letters in my grandfather’s Bondi file, I began trying to get journalists to cover the story. At first (this was in the early 1980s) there wasn’t any interest, but gradually people became more aware of the magnitude of unrestituted Holocaust loot, and Egon Schiele became more widely known. In 1997, the Leopold Museum loanedPortrait of Wally to an exhibition of Leopold’s Schieles at the Museum of Modern Art. I decided to give my grandfather’s Bondi file to the New York Times, which published what proved to be a groundbreaking exposé. Literally hours before MoMA was scheduled to ship the Schiele show back to Austria, New York’s District Attorney, Robert Morgenthau, stepped in with subpoenas for Portrait of Wally and a second painting,Dead City, that had been claimed by another family.

Morgenthau’s subpoenas created a furor in Austria. Reactions ranged from angry denunciations of America for “meddling,” to calls for Austria to finally come clean about its Nazi past. The cultural minister, Elisabeth Gehrer, determined to seize the moral high ground and at the same time show the world that Austria could handle its own affairs. In the first months of 1998, she opened the archives of all institutions under her jurisdiction to researchers, and established a commission to study the provenances of art in Austria’s federal museums. To implement the findings of this so-called historians’ commission, the Austrian parliament, in September 1998, passed an act authorizing the restitution of Nazi looted artworks in state collections. The 1998 law also attempted to rectify the fact that many exiled survivors had been deprived of restituted artworks by Austria’s export laws, which forced them to sell their property in Austria, or in some cases to “donate” part of a collection to a museum in order to get an export permit for the rest. This portion of the 1998 law was expanded in 2009 to include artworks sold to state museums by claimants if there was a close connection between the denial of an export permit and the sale.

Some seventeen years after its passage, Austria’s 1998 restitution act remains a model of its kind. Few nations have in the interim made such a coordinated, systematic attempt to deal with Nazi loot in public collections. Moreover, Austria put its money where its mouth was, funding teams of provenance researchers to investigate state collections. The complexity and cost of in-depth professional provenance research is often underestimated by those who blithely call for wholesale restitution. Few privately funded cultural institutions in the US have the staff or money to deal with this issue as thoroughly as they should.

At the same time, Austria’s restitution law is far from perfect. For one thing, it isn’t really a law. In Austria, as in all the nations of continental Europe, a good-faith purchaser gets good title to stolen property after a prescribed period of uncontested possession. In Austria, this so-called prescription period is three years, or six years if the former owner doesn’t reside in the province where the property is located. Thus most claims for the return of Nazi loot are, to this day, time barred under Austrian law. Rather than change the law—which would admittedly be almost impossible—the 1998 parliamentary act established an extrajudicial procedure applicable only to government-owned museums, and only under certain very specific circumstances. Ultimately, the members of the historians’ commission (also known as the Beirat) are in each instance charged with making a moral determination.

The idea of a panel of Austrians passing moral judgment on Jewish claims seems a bit suspect in principle, and in practice, the Beirat’s decisions often appear untenably subjective. The process is far from transparent: the Beirat meets behind closed doors, the dossiers submitted for its consideration are never made public, nor does the committee provide much, if any, explanation for its findings. Most problematically, the Beirat’s mandate provides absolutely no possibility for compromise. Decisions are black-or-white: either the work stays in the museum, or it is returned.

Unfortunately, seventy years after the end of World War II, few restitution claims are today matters of black-or-white. Just about all the relevant witnesses have died, and surviving documents can easily be misinterpreted. By now, many of the more straight-forward claims have been dealt with. The Wally case, which resulted in a $19 million settlement for the Bondi heirs, was relatively clear-cut. The theft itself was dramatically documented in Leah Bondi’s letters, and Leopold admitted that he was aware of her claim. Hence, according to the doctrine of prescriptive possession, he never acquired good title under Austrian law.

Many of the restitution cases that have recently come up for adjudication in Austria are far more ambiguous. Take, for example, Klimt’s Beethoven Frieze, which was sold by Erich Lederer to the Austrian state in the 1970s. In accordance with the 2009 restitution act, the Beirat here had to determine whether there was a “close connection” between this sale and the fact that the Austrian ministry of culture had, for some twenty years, deliberately pressured Lederer to relinquish the Frieze by denying him an export license. Or take the case of Karl Mayländer, who gave a group of Schiele drawings to his girlfriend, Etelka Hoffmann, before being deported by the Nazis. In each instance, Austrian officials were asked to read the mind of a dead man. Was Lederer acting of his own free will, or did he feel coerced? Would Mayländer have given Hoffmann the Schieles under different circumstances? Did it make a difference that theBeethoven Frieze is a national monument, whereas the Mayländer Schieles were just several among many dozens in Austrian public collections?

In the end, Mayländer’s Schieles were restituted to his heirs, because he and Hoffmann had never married. (Had she been his wife—an impossibility under Nazi anti-miscegenation laws—the case would probably have been decided otherwise.) On the other hand, the Beiratdecided not to restitute the Beethoven Frieze. In my opinion, both decisions were unjust. The poignant efforts that doomed Jews like Karl Mayländer made to preserve their possessions (which at the time often had only sentimental value) should be respected, not annulled on legal technicalities. And the Beethoven Frieze case clearly demonstrates the unenforceability of the 2009 restitution act. Compromise—an alternative not permitted to the Beirat—would in this instance have been a more just solution.

The question before us is: where do we go from here? Personally, I believe that restitution is, and will always be, justified in well-documented cases of outright theft. But such cases are increasingly rare. The myriad other types of transfers that took place during the dark years of Hitler’s reign are almost impossible for us, today, to judge. So many years after the fact, we must recognize that there is a limit to what we can know, and that moral certainty is as elusive today as it ever was.