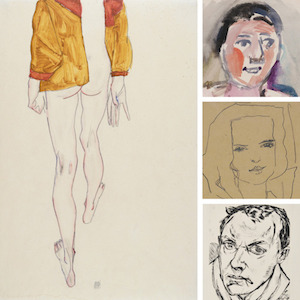 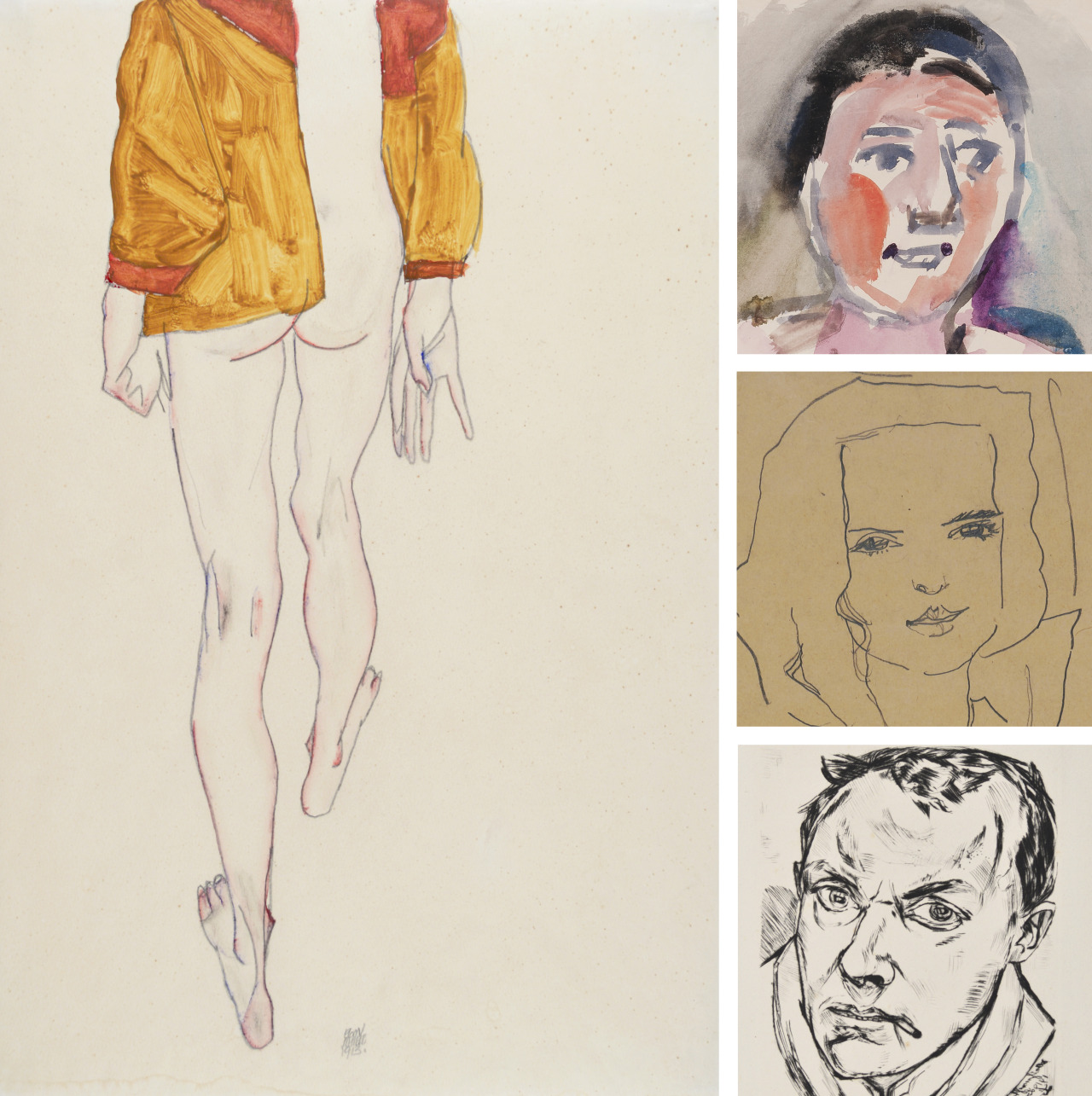 The Galerie St. Etienne’s 2015 State of the Market Report asks who, in today’s increasingly fragmented art world, decides what constitutes a great work of art. Curators? Critics? Collectors? The market?

Americans do not like “gatekeepers.” We prefer to think of ourselves as an egalitarian nation, and we resist the notion that members of a privileged elite may be better qualified than the average citizen to pass judgment on our cultural achievements. Nevertheless, for generations the very definition of art was controlled by a self-anointed cadre of professional curators, art historians, critics, dealers and collectors. Alfred Barr, founding director of the Museum of Modern Art, crafted the formalist narrative that was taken up by the critic Clement Greenberg and used to justify the “triumph of American painting” in the latter half of the twentieth century. Dealers such as Leo Castelli ensured that this dogma was accepted abroad, and collectors could rest easy knowing their purchases had been vetted by commonly respected gatekeepers.

Today, the reign of the gatekeepers is over. The chain of “isms” that begat one another like Biblical ancestors has been broken, and no narrative dominates the way formalism once did. Formalism itself has been largely discredited, as ongoing research into modernism’s various byways shows it to have been a more fragmented series of developments than Barr’s paradigm would suggest. We now recognize that this paradigm was not only inaccurate, but unfairly biased. Women, people of color and non-Western developments were for the most part excluded, while the European tradition was manipulated to support America’s cultural ascendancy.

Gone, too, is the barrier between “avant-garde” and “kitsch” that Greenberg and his allies struggled so hard to maintain. In truth the boundaries between high and low art, culture and commerce, were never as impermeable as the twentieth-century gatekeepers pretended. Still, the formalist narrative kept the focus on aesthetic innovation and the laudable (if unrealistic) ideal of artistic purity. Absent the gatekeepers, it can seem there is no metric for assessing value beyond that provided by the market itself.

Despite (or because of) the virtually unopposed dominance of free-market capitalism in the twenty-first century, there is a palpable nostalgia for the less overtly mercenary ethos of the modern era. Ever since Thomas Krens lined the Guggenheim’s spiral ramp with a parade of motorcycles in 1998, critics have been lamenting the commercialization and corporatization of our major museums. The increase in income inequality during the intervening period has only exacerbated the situation. Shortly before the Whitney Museum of American Art opened its new building earlier this year, protestors projected a sign reading “1% Museum” on the facade. Art advisor Abigail Ascher termed the spring auctions (which cumulatively grossed over $2 billion) “a spectacle of excess at the highest level.” Big, bold and brightly colored, Picasso’s Les Femmes d’Alger broke all auction records when it fetched $179 million at Christie’s, although many scholars consider it a minor work. People worry that “checkbook art history” has replaced genuine connoisseurship.

For museums today, the sweet spot often seems to lie at the nexus of popularity and collector appeal. Jeff Koons personifies this phenomenon: his giant enlargements of children’s toys and Hummel figurines are sure-fire crowd pleasers, and at $58.4 million, he also holds the current auction record for most expensive work by a living artist (Balloon Dog [Orange], sold at Christies in 2013). To be sure, the current predilection for entertaining, easily marketed museum exhibitions regularly receives its share of critical scorn. Jed Perl, writing in the New York Review, likened the Whitney’s 2014 Koons retrospective to the “apotheosis of Walmart,” repackaged for sophisticates who would not ordinarily set foot in that store because they disapprove of its labor practices. MoMA’s recent exhibition of the Icelandic singer/composer Björk was so widely reviled for pandering to celebrity that an online campaign was mounted to fire its curator, Klaus Biesenbach. “We want MoMA to behave itself as the combined Fort Knox and Vatican of modern art that it has been,” declared New Yorker critic Peter Schjeldahl.

Matti Bunzl, an anthropologist who spent five months embedded with the staff of Chicago’s Museum of Contemporary Art, describes the relentless financial pressures confronting today’s curators. “With reductions in public funding,” he writes, “museums need to seek corporate support; to gain such support, they need to attract larger audiences; to bring in larger audiences, exhibits have to become more spectacular; with more spectacular shows, exhibitions costs are spiking; to cover these expenses, institutions need to be aggressive in seeking individual donations; to appeal to donors, museums have to become destinations that properly reflect on their benefactors and the art they lend or donate to the institution; to do this in style, old buildings have to be expanded, new ones erected; the bigger buildings have greater staffing needs and raise overhead costs; to cover these costs, museums have to pursue corporate support even more aggressively; to do so effectively, visitor numbers need to be increased even more, which requires more histrionic shows, with even greater appeal to individual donors, etc., etc.”

Just as museums rely on donor support, donors need the support of the museums. “With the value of art centrally dependent on institutional acceptance,” Bunzl writes, “what we get is the unprecedented financial incentivization of museum patronage.” Donors and trustees try to direct museum agendas toward the artists they collect. Dealers likewise want to get their artists into museums, and frequently allow clients to jump to the top of a hot artist’s waiting list if the buyer agrees to donate the work in question. It is not unusual for dealers to support museum exhibitions directly (by, for example, paying for the catalogue) or indirectly (with research and help securing loans). The Art Newspaper’s revelation that nearly one third of solo American museum shows of living artists go to those represented by five galleries (Gagosian, Marian Goodman, Hauser & Wirth, Pace and David Zwirner) is both shocking and unsurprising. (At the Guggenheim and MoMA, the figures are higher: 55% and 45% respectively.) “These galleries take on artists in their mid- to late careers,” explains museum consultant András Szántó, “at the very stage where their longevity and critical recognition reaches [sic] a peak.”

Without the hierarchical control once exerted by the gatekeepers, power naturally becomes more diffuse. At a time when everything is “curated”—menus, wardrobes, playlists—everyone, it seems, is a curator. Many major collectors are choosing to bypass traditional institutions altogether by opening their own museums. Dealer Stefan Simchowitz (recently profiled in the New York Times Magazine) undercuts both museums and the conventional gallery system by selling directly over the Internet to a band of loyal followers, who include the heiress Anna Getty, Hollywood royalty like Orlando Bloom, Harvey Weinstein and Steven Tisch, and Napster co-founder Sean Parker. While Simchowitz considers himself the art-world equivalent of Mark Zuckerberg, using technology to disrupt the establishment, others see the dealer as a craven speculator. (New York Magazine critic Jerry Saltz called him a “Sith Lord.”) Simchowitz has the mindset of a venture capitalist: invest in numerous startups (in his case, emerging artists) in the hopes that one or two hit big, and sell the others before demand peaks. Constant flipping turns collecting into a game of musical chairs, explains Simchowitz’s partner, Rosi Riedl. When the market tops out, “the artist is over. You don’t go back to a reasonable price—you’re cooked, you’re finished.”

The impact of the Internet on the art world has only begun to be recognized. Collectors post works on Facebook or Instagram and make purchasing decisions based on the number of “likes” they get. The Internet imposes itself between the viewer and the object, diluting or altogether transforming our experience of the original. Works are judged according to how they look on a small screen, how colorful they are, how readily they can be cropped to fit the Facebook or Instagram format. Much recent art seems to be designed with selfies in mind, a prime example being reflective sculptures like Anish Kapoor’s Cloud Gate in Chicago’s Millenium Park. The Whitney’s wide-open new exhibition spaces are great for social media, not so good for intimate encounters with small paintings.

The formalist narrative, with its prescribed linear trajectory, provided a framework within which artistic production could be judged. Today almost anything goes. Now that “the art-historical certainties” of modernism have dissipated, writes British critic Ossian Ward, we are left in “the soupy dustbin of history and culture.” In his book, Ways of Looking, Ward helpfully tries to break contemporary art down into categories such as “Art as Entertainment,” “Art as Meditation,” Art as Joke” and “Art as Confrontation.” But this only begins to scratch the surface of an “art world” that for the first time is truly global, with inputs from rising powers in Asia, Russia, the Middle East and Latin America. Nor does Ward’s schema take into account the disparate visual traditions developed by “outsiders” within Western society, be they African Americans, indigenous peoples or simply those who did not receive formal artistic training. It does not help, either, that the entire concept of “quality”—suggesting a white, male Eurocentric bias—has become suspect in academia.

How is a curator to make sense of all this? Without any sort of overarching narrative, it is especially difficult to organize encyclopedic installations. The new Whitney is a case in point. In the Abstract Expressionism room, Lee Krasner surprises and delights by more than holding her own against her famous husband, Jackson Pollock, but Alfonso Ossorio’s quirky mix of Surrealism and folk art requires a more nuanced and particular context. Although the Whitney is to be applauded for showing James Castle, Horace Pippin and Bill Traylor alongside mainstream masters, it is hard to see what the self-taught artists have in common with Georgia O’Keeffe and Arshile Gorky, with whom they are grouped in a chapter titled “Breaking the Prairie.” The chapter approach (also taken by the Metropolitan Museum in the reinstallation of its modern collection) favors superficial visual and/or temporal links over the artists’ deeper art-historical roots.

This curatorial strategy works better on a micro than a macro level. While the individual chapters at the Whitney and the Met may not cohere into a whole, many of them could fruitfully be expanded into full-blown exhibitions. The demise of a singular narrative encourages curators to reexamine modernism’s legacy from multiple angles: to discover unexplored areas, to interrogate contemporaneous social, political and economic influences, and thereby to deepen our understanding of the artists’ contexts and achievements. MoMA may not always do an exemplary job of sorting through the mire of contemporary art, but it does remain a bastion for the earlier avant-garde, whether revisiting well-known masterpieces, like the Matisse cut-outs, or investigating less familiar subjects, like Gauguin’s prints or Jacob Lawrence’s Migration series.

It is, after all, logical that curators, along with the rest of us, should have a better perspective on the past than on the present. It could even be argued that our widespread dismay at the monetization of art is a positive sign. In a capitalist society, money always exerts an influence; it is more prudent to acknowledge that influence than to pretend it does not exist. Every era produces imbalances that can only be corrected over time. History is full of highly acclaimed artists who were subsequently forgotten, and forgotten artists who were later declared geniuses. Gatekeepers come and go; in the end, history decides.