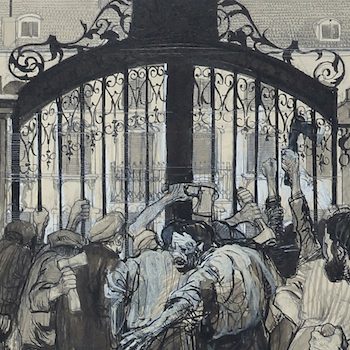 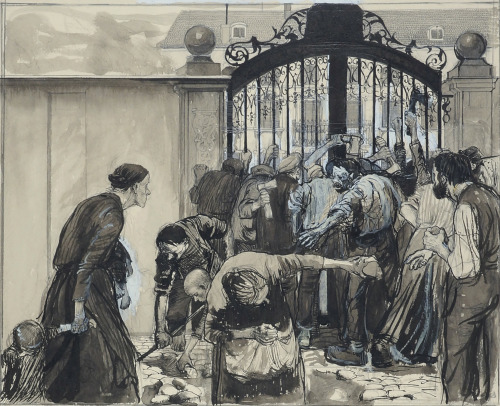 Käthe Kollwitz (1867-1945) created 99 etchings, 133 lithographs, 42 woodcuts, 19 extant sculptures and roughly 1,450 drawings in a career that spanned over half a century, but she is best known for her five print cycles: Revolt of the Weavers (1893-98), Peasant War (1902-08), War(1921-22), Proletariat (1924-25) and Death (1934-37). The artist first came to public attention when Revolt of the Weavers was exhibited at the Great Berlin Art Exhibition in 1898, and her reputation was cemented with the publication of Peasant War in 1908. While her forthright depictions of Germany’s oppressed underclass remained controversial throughout the reign of Kaiser Wilhelm II, Kollwitz flourished in the more liberal climate of the Weimar Republic, receiving wide acclaim for her woodcut series, War and Proletariat, and benefiting from the reprints of the two earlier cycles. Death, produced under the harsh constraints of Nazi rule, concluded a lifelong dialogue with the subject.