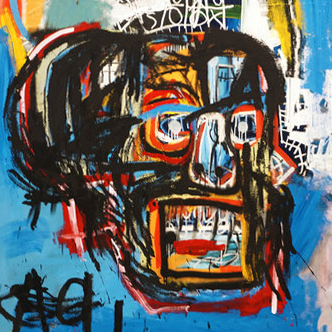 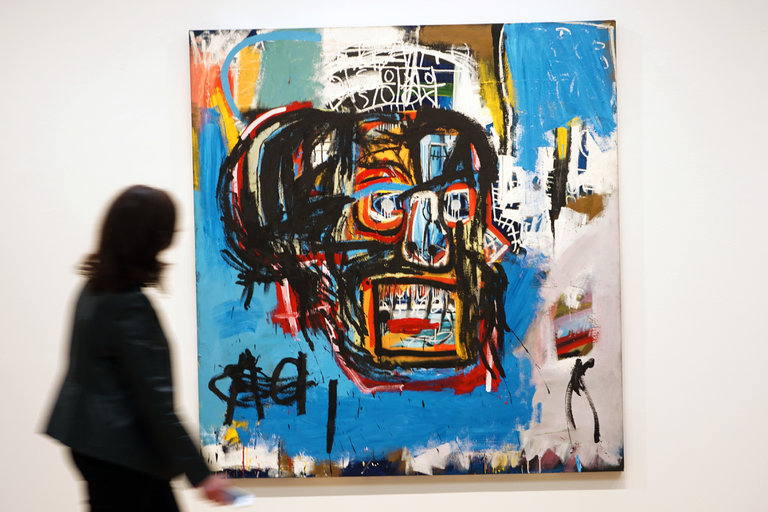 Our nation is divided, as are the United Kingdom and Western Europe. The election of Donald Trump, Brexit and the rise of right-wing populism across the European continent suggest that globalization has failed as a progressive ideology. The art world is resoundingly international in its orientation, yet globalization has not been kind to all of us. Increasingly our community has become divided between economic “haves” and “have- nots.” After a relatively easy recovery from the 2008 recession (which made art more attractive as an “alternative asset class”), the art market declined sharply in the past two years. While accurate figures are notoriously difficult to come by, it has been estimated that overall sales decreased by approximately 7% in 2015, and a further 11% in 2016. Auction sales, which are easier to calculate, dropped by between 18.8% and 26% in 2016 alone. The art market has always been subject to cyclical downturns, but this feels like a fundamental shift.

The race to the top, which began at least ten years ago, has accelerated. Even in the recessionary climate of 2016, dealers whose volume exceeded $50 million saw an increase in sales of 19%. So far in 2017, the big auction houses have staged a modest comeback by selling fewer items at higher prices. In the May Impressionist/Modern evening auction at Christie’s, a mere twelve lots (of 53) account- ed for 75% of the sales total. At Sotheby’s contemporary sale a few nights later, the $110.5-million Basquiat contributed more than one third to the gross. According to this year’s Art Basel/UBS market report, half the proceeds generated at auction come from the 1% of artists whose work sells for over $1 million. It is said that there are about 140 people in the world with the means and desire to spend $50 million or more on a single work of art; 300 potentially in the market for works priced above $20 million; and about 1,000 willing to spend over $5 million. Like the rest of the world, the art world is dominated by the super-rich.

And, like the global middle class, the middle of the art market has eroded. Media attention may focus on multimillion-dollar transactions, but most artworks sell for under $50,000. In that price range, it is difficult for smaller galleries (those with fewer than ten employees) to generate enough income to meet overhead in high-rent cities like New York and London, to compete on the costly art fair circuit, and to keep their artists from being poached by better-financed competitors. “It was like someone turned the faucet off,” said Lisa Cooley, one of many dealers who felt compelled to close shop during the recent market downturn. Others include such venerable players as David McKee and Andrea Rosen. Magnus Edwards, observing that most of his sales were generated at art fairs, decided to shutter his London gallery, Ibid. Still, collectors and dealers alike complain about art fair glut. “We do art fairs where we don’t make any money,” José Freire, owner of Team Gallery in New York’s SoHo, told Artnews. “The art fairs sell themselves to us, not based on the idea that we will profit, but that we will go there and lose money—but we’ll come back with, you know, business cards. By what business model is that normal?”

Although masters like Klimt, Modigliani, Munch and Picasso can command prices in the nine figures, modernism now accounts for a smaller percentage of art sales by value (23%) than postwar and contemporary art (52%). Partly this drop is due to a natural process of attrition, as the best older works become permanently enshrined in museum collections. But the obsession with “trophy” objects has been devastating to what might be termed interstitial items: lesser pieces by major artists, and work by secondary members of the leading modernist movements. There is no logical relationship between the monetary value of a great Schiele watercolor and that of a typical drawing, even though the latter probably tells us more about the artist’s developmental process. E.L. Kirchner far out-prices his Brücke colleagues Erich Heckel, Max Pechstein, Otto Mueller and Karl Schmidt-Rottluff. The market’s lopsided preferences shred the fabric of art history.

The pervasive preoccupation with art as an “asset class” has undermined connoisseur- ship, the traditional mechanism for assessing aesthetic quality. Confusing financial value with artistic value, collectors chase after the same artists. Dealers likewise feel compelled to follow the money; few these days can afford to devote an entire career to developing expertise in a narrow area of specialization. Art fair booths do not encourage contemplation or the sort of in-depth presentations possible with a larger gallery space. In the press, breathless reports of auction records and trendy personality profiles have largely supplanted serious art criticism. For much of the twentieth century, the art world was compelled to “sell” modern art—not so much commercially as intellectually—to a skeptical public. The popularity of contemporary art in the twenty-first century, however, has diminished the need for educational proselytizing.

The conviction that art will, or should, increase in value at a steady rate is relatively new. People dream of devising a mathematical formula capable of calculating the potential upside and risk of specific art investments. Artnet, whose online database contains over 10 million auction records, recently acquired Tutela Capital, a firm that specializes in quantitative art market analysis and predictive modeling. At around the same time, Sotheby’s acquired Mei Moses Art Indices, which tracks repeat auction sales. ARTSTAQ, a stock exchange for art, uses an algorithm to give a Standard-and-Poor’s-like rating to some 300,000 listed artists. “The art market data is translated into feelings and vice versa,” the company’s head of communications told Artnews.

There are a number of problems with trying to get the art market to function like the stock market. First of all, only auction prices are public, and no one has as yet figured out a way to obtain comprehensive information on the 62.5% of art transactions that take place privately. But even if it were possible to compile all the pertinent sales information, that data could at best only give us a snapshot of the past. It would not be predictive. Because tastes are fluid and most artworks are unique, it is exceedingly difficult to extrapolate from one sales result to the next. Whether public or private, sales figures require interpretation by knowledgeable individuals, and that makes the numbers impervious to mathematical modeling.

Among the current art world’s most pro- found divides is that between investors and collectors. Investment aside, people buy art for any number of reasons: because they feel an emotional connection to the work; because living with art enhances their daily existence; because collecting connects them with a stimulating group of like-minded individuals. Most acquire a piece here and there over the course of time, and stop when they run out of wall space. A relatively small percentage, however, develop the sustained creative engagement with objects that characterizes the dedicated collector. A collection in this classic sense is a self-contained world controlled by its maker, who determines its parameters and endows its contents with meaning. The objects in a collection, removed from their original contexts, are redefined in terms of their relationship to one another. The collector’s mastery within this realm, according to psychologists, serves as a buffer against the anxieties of daily existence and the fear of death. Art acquires a spiritual dimension by virtue of its perceived capacity to transcend mortality.

Inasmuch as collecting is an extremely personal activity, it is not surprising that collections differ widely, but the process itself is less variable. Often the pursuit of a desired object is as emotionally charged as its eventual acquisition. Ronald Lauder recalls falling in love with Gustav Klimt’s Portrait of Adele Bloch-Bauer I as an adolescent on his first visit to Vienna. Decades later, after protracted international legal wrangling, he finally got his “Woman in Gold.” Recognizing what would become a lifelong passion for Austrian modernism, the teenaged Lauder also went out and hired a German language tutor. Similarly, Dr. Richard Simms’ devotion to the work of Käthe Kollwitz took him ever deeper into initially foreign territory, prompting him to immerse himself in the pertinent literature and eventually to acquire complementary works by the artist’s contemporaries. Collecting is an intellectual journey, an endless, mutually reinforcing cycle of looking and learning. Visual stimulation sparks a desire to study the art and its context in greater depth, and knowledge enhances subsequent visual encounters.

In contrast to the copycat buyers so prevalent today, dedicated collectors tend to find lacunae in the marketplace: areas that are underappreciated and where they therefore can more readily make a mark. Merrill C. Berman amassed a world-class collection of modernist art and graphic design, ranging from Russian Constructivism and the Bauhaus to Vietnam-era political posters, at a time when much of this material was routinely thrown away. Lisa Unger Baskin haunted flea markets and antiquarian bookshops seeking publications produced by women, who were then as undervalued as the texts they authored. Leonard Lauder focused on analytical Cubism, a subject so difficult that almost no one else was interested. And few people cared much about Austrian modernism when Leonard’s brother Ronald began collecting it in the 1960s. By shedding light on overlooked but important works, collectors move the culture as a whole forward.

Unwittingly, however, passionate collectors also fuel the price escalations that, in turn, goad speculators. “You can’t put together a good collection unless you are focused, disciplined, tenacious and willing to pay more than you can possibly afford,” Leonard Lauder told the New York Times. Intent on nurturing and pruning their holdings, such collectors do sell from time to time: to upgrade, to finance new acquisitions, or because their focus has changed. And when they sell, they are more likely than speculators to realize a profit, because they have a deeper understanding of the art and the market. Nevertheless, monetary gain is not the dedicated collector’s primary motivation.

In fact, most of the aforementioned collections are destined for public institutions. Ronald Lauder’s Austrian and German art will go to New York’s Neue Galerie. Richard Simms’ Kollwitzes are at the Getty Research Institute. Lisa Baskin’s collection was recently acquired by the David M. Rubenstein Library at Duke University. Leonard Lauder’s Cubists have been promised to the Metropolitan Museum of Art. Merrill Berman’s holdings are constantly featured in museum shows. These people’s lives have been enriched emotion- ally by the process of collecting, and they, in turn, have enriched our lives by sharing their collections.

Those in the financial services industry bemoan the art market’s “asymmetry of information.” However, asymmetry of information is intrinsic to the art world. Not everyone is a trained art historian. Not everyone has the time or inclination to constantly scour galleries, auctions and art fairs, parsing the nuances of pricing. Not everyone has a connoisseur’s eye or the ability to discern the impact of condition on an artist’s original intent. The art world consists of an informal group of artists, collectors, dealers, scholars, curators, critics and writers who collectively, over a period of time, reach a consensus regarding the relative importance and quality of disparate artworks. This consensus, and not the market, determines long-term value.

The art world’s shift in emphasis from collecting to trading has created the misperception that art is all about money. Ironically, however, the resulting fixation on investment is counteracted by the disproportionate influence of billionaire buyers, who undercut any sort of credible market structure. Like the broader split in contemporary society, the art world divide pits the interests of a few individuals against those of the community as a whole. Beyond the populist rhetoric, an economy dominated by a wealthy minority is not good for anyone. Unfortunately, our politicians are not doing much to remedy the fundamental inequities that led us to this juncture.